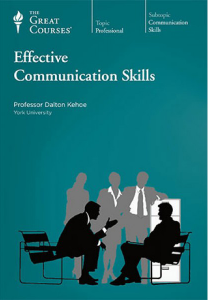 Learn how you communicate verbally, the common problems you can encounter in doing so, and how you can improve your own effectiveness.

Talk is something you do every day. And your life is literally shaped by it. Many of the decisions you make are decided by talking. You may be in a restaurant asking a waiter for an unusual substitution, urging a service manager to get your car finished sooner rather than later, or trying to sway your significant other toward a particular film or show. Or you might be trying to build more cooperative relationships at the office.

No matter why you engage in face-to-face talk, though, there’s no way to insulate yourself from the dangers of miscommunication. Your ability to use the art of talk to effectively convey who you are and to build solid relationships not only influences the success of your friendships, romantic life, and everyday encounters, but also how you experience your workplace. Studies show that using conversational skills properly in that arena makes you more productive, happier, and less stressed.

But the truth is that most of us don’t understand nearly as well as we could how conversation really works, whether in the office or out of it, with both parties often having entirely different perceptions of what the words and gestures passing back and forth are meant to convey. Even more important, most of us aren’t as successful as we could be in making those conversations work better for us. Even when we’re more skilled at it than the average person, we often give up the opportunity to be even better, leaving a lot of potential success and happiness on the table.

Effective Communication Skills is your chance to learn more about how you communicate verbally, the common problems you can encounter in doing so, and how you can improve your own effectiveness—especially by overcoming the psychological and biological hard-wiring that too often gets in the way.

In 24 mind-opening lectures, Professor Dalton Kehoe of Canada’s York University brings more than four decades of experience as an award-winning teacher, author, and successful business consultant to this exploration of what’s really going in any conversation you take part in.